SAN FRANCISCO (KRON) – It’s the centerpiece of Thanksgiving dinner, the turkey. And these days, you have quite a choice in turkeys. From fresh or frozen, natural or injected with a juicy solution, free-range and organically fed.

Does it really make a difference?

It’s hard to see the difference in turkeys when you’re buying them at the market. This week they cost a little as 49 cents a pound to four times as much.

The test is in the taste. We enlisted four highly qualified cooking experts to help us.

Our testing ground, the kitchen of Sunset Magazine in Menlo Park, where they’ve cooked more than a thousand turkeys over the years.

The four test turkeys:
– A frozen Butterball, treated with a solution to enhance juiciness at $1.29 a pound.
– A frozen Safeway Manor House turkey, labeled “all-natural,” the cheapest at 49 cents a pound.
– A fresh Zacky Farms turkey, 100% natural, raised in Fresno at 99 cents a pound.
– Weighing in as the heavyweight in price and pedigree, the Diestel turkey, allowed to roam in the Sierra foothills, raised longer to develop more flavor and fed organic corn and soy at a family-owned ranch. It’s $1.99 a pound for this one.

The turkeys, weighing 12 to 13 pounds, are labeled A through D, brushed with melted butter, and placed in four separate ovens at 350 degrees.

While the turkeys roast, let’s meet our four experts.

The turkeys took about two hours to cook to an internal temperature of 160 degrees.

Blind-tasting four turkeys side by side is a first for most of our experts. Some of them don’t expect to taste much of a difference. Marion Cunningham, for example, confessed she has not been that impressed with organic, free-range turkeys in the past.

Roland Passot thinks the trick isn’t the bird you buy, but what you do with it. “Like these, I think they have been coated with butter. With butter, everything is better,” he says.

Hubert Keller agrees and adds there is one key mistake to avoid. “I hate to say it, but very often you see turkeys which are just overcooked,” he said.

And Sara Schneider is rooting for the free-range bird. “I also like the idea of the turkey having been happy growing up. If they’ve had a little room to range around, I think that’s a good idea.”

Our experts chose their weapons and began carving.

Turkey B was the first one out of the oven and gets a pretty good review. The bird looked great, but Marion Cunningham found the dark meat a little gamey.

Turkey A does better and ends up being Sara Schneider and Hubert Keller’s favorite.

“When it comes to juicy, that one is pretty appealing when you carve it and the dark meat is definitely milder than Turkey A,” Keller said.

Turkey C, though, was a dud. “It’s a funny mixture of dry and juicy. The juice isn’t incorporated into the meat well, almost artificial juiciness,” said Schneider

“It’s just bland and it’s dry. It’s like that feeling in your mouth when you eat the meat and you feel like it’s coming into a ball in your mouth. It’s not pleasant,” said Passot.

Cunningham had the harshest assessment. “C flunked. I would just bury it and give it my blessing,” she said while the other judges nodded in agreement.

Finally, Turkey D. A runaway favorite with two of our tasters, even though everyone agreed it was a bit dry.

“D was my favorite because of the flavor overall, even though it was not as moist. I still think it had a good texture,” said Passot.

“I think I like it the best,” pronounced Cunningham.. “It tastes wholesome. There’s a purity about the flavors in that,” she said.

But flavor alone isn’t enough for Keller. “The legs are actually a little tougher too, so I think maybe that one has walked around a little bit,” he said.

The four testers rated each turkey on the criteria of flavor, moistness, texture and appearance, giving each turkey 0-20 points in each of those four categories.

“I never did have four turkeys to test. I’m astonished to recognize the difference, how dramatically different they really are,” said Cunningham.

As the judges ranked the turkeys, they pondered and re-tasted just to confirm. Then, the scores are tallied up.

The least favorite was turkey C, which was the frozen Safeway Manor House turkey, earning a total of 31 out of a possible 80 points. It was the least expensive turkey and interestingly enough, an all-natural turkey, meaning it was minimally processed with no artificial colors, flavors and preservatives.

Coming in third out of four was turkey B, the Butterball, with 57 points. The Butterball was also a frozen turkey and injected with some kind of solution to enhance its taste and juiciness.

Runner-up was turkey A, the Zacky Farms turkey with 62 points. It’s a natural turkey, but not free-range and not fed organically. Again, this was Keller and Schneider’s favorite, but the scoring system gave the final edge to turkey D which garnered 64 points. The winning turkey was the most expensive of the four and won on the strength of its flavor. It’s also the turkey that did more running around as Keller had suspected because of the toughness of the legs.

Marion Cunningham, who doubted the turkeys would taste much different, now concludes it’s worth it to pay more. “Absolutely. It’s a holiday that has memories and you want to make it right,” she said.

But Sara Schneider says if you like the frozen Butterball, go for it. “I think Thanksgiving is a meal where people really want familiar favors coming through,” she said.

Roland Passot still advocates the benefits of lavishing care and attention in the preparation of a dish. “For me, it’s cooking with love.”

But in the end, it’s not the turkey alone that will make for a memorable Thanksgiving.

“Beyond the stuffing, it’s the company. So if you have the right company and the turkey is dry, I think it would be a great Thanksgiving dinner anyway,” said Keller. 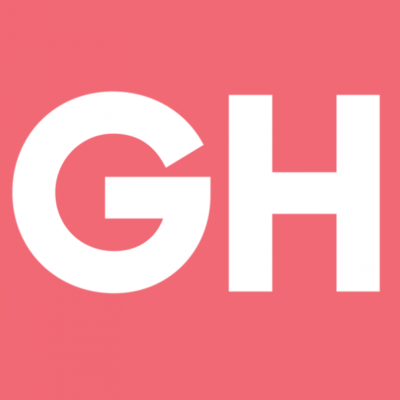